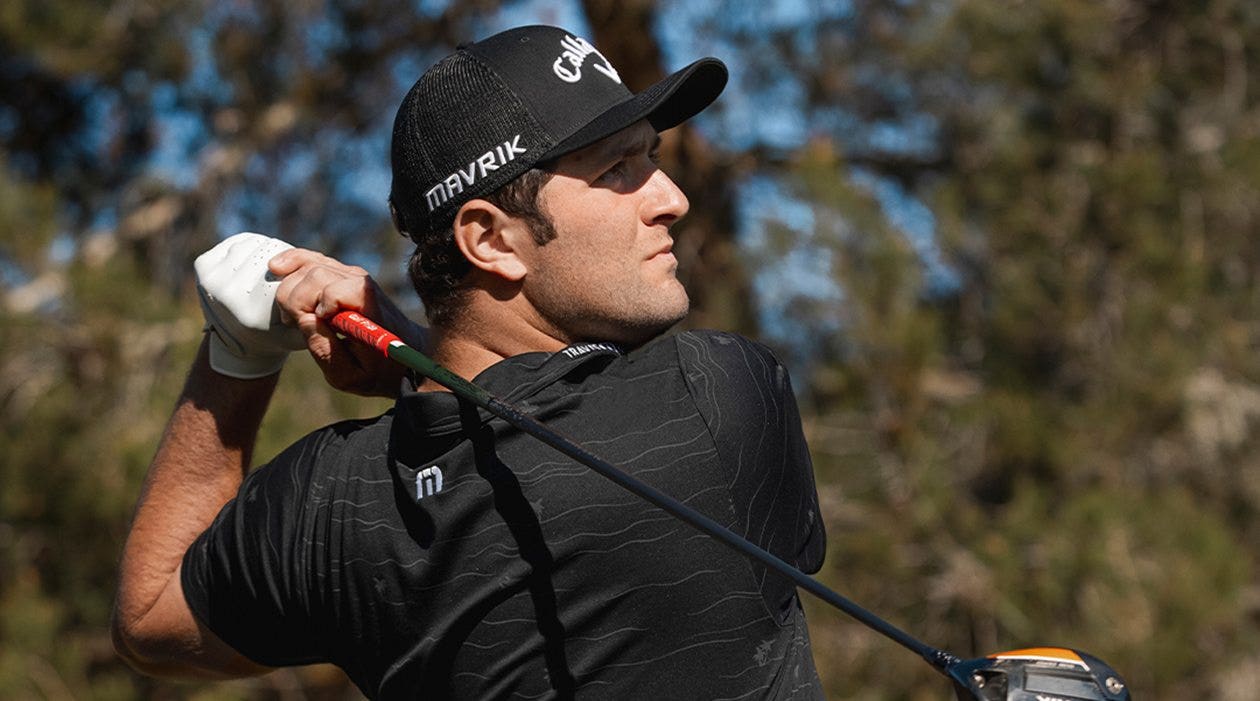 We are excited to see one of the biggest players in the world signing up to wear TravisMathew apparel - Jon Rahm.

Jon Rahm is one of the most dynamic and exciting players in professional golf and we can now reveal that he will be wearing TravisMathew apparel both on and off the course this season.

TravisMathew is still one of the newest brands online at Golfposer and we see them as a perfect fit for Rahmbo.

They use best-in-class fabrications and designs with an emphasis on comfort, style and performance - all with an attention to detail which is designed to deliver the perfect fit across all categories.

“I’m really pleased to begin the next chapter of my career as a part of this team with TravisMathew,” said Rahm.

“Everything TravisMathew makes is lightweight with stretch, providing a lot of comfort. I really feel confident playing in TravisMathew apparel and can’t wait to wear it off the course as well.”

Jon’s motivation to make the move to TravisMathew apparel can be attributed primarily to the signature blend of performance, comfort and style that each product offers.

They are committed to making products that meet the performance requirements of the best players in the world.

This was a major draw for Jon as he considered a new apparel partner.

Early in the discussion, Jon was impressed with TravisMathew’s commitment to sourcing fabrics that deliver the performance benefits he looks for in his golf apparel, but also the casual, lifestyle look he enjoys when not playing.

“At TravisMathew, we couldn’t be happier to add an athlete of Jon’s quality to our ranks," said Ellis.

"He plays golf with such confidence and is an all-around great guy to be around. He finished 2020 strong and we can’t wait to see what the future holds for him.

We are looking forward to helping Jon tell his story, giving fans an inside look into what makes him a champion—and a great guy."

Rahm, nicknamed “Rahmbo”, holds the title for the fastest Spanish player in history to win five European Tour Titles and was also a member of the winning 2018 Ryder Cup team.

After winning the Memorial Tournament in 2020, Rahm was ranked the world’s number #1 golfer in the Official World Golf Ranking - something we think he can achieve once again very soon.