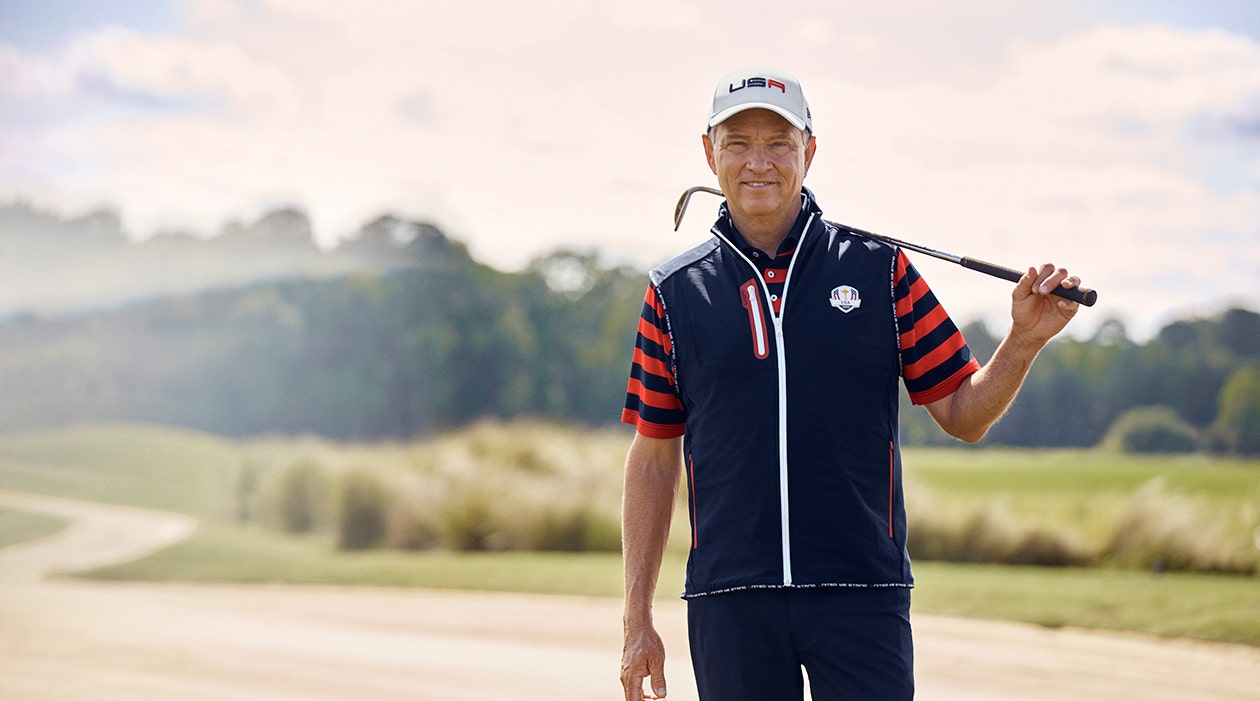 We are very excited to reveal the Ryder Cup Team USA Uniforms which will be worn at Whistling Straits this September.

The 43rd Ryder Cup will get under way on Friday 30th September 2021 and we now know the outfits which are set to be worn by Team USA throughout the week.

As ever, Ralph Lauren are the official outfitters for Team USA and you can shop six styles from the Ryder Cup collection online at Golfposer this year.

A patriotic colour palette of navy, white and red features throughout the range - while the iconic Ryder Cup 2020 logo is also utilised on every style.

The attention to detail within every garment is simply incredible; the "united we stand" slogan is a particular highlight on many pieces.

All three of the polo shirts which you can purchase online at Golfposer are set to be worn across the three days of competition at Whistling Straits.

After the first three days of practice (above, left) - Team USA will go head to head with Team Europe wearing the following polo shirts:

The twelve players who will be wearing the official Ryder Cup Team USA uniforms are:

On top of this, you will also see the Team USA Captains wearing some of the same styles from the official Ryder Cup collection.

Three of the layering options from the Ralph Lauren Ryder Cup Team USA Collection will also be made available to the players & captains during the week.

This includes the iconic Quilted Coolwool jacket which first featured at The Ryder Cup in 2014 and has become a staple part of the RLX Golf collection by Ralph Lauren ever since.

On top of the official Team USA Uniforms, you can also shop a Ryder Cup inspired crew neck sweater from the POLO Golf collection online at Golfposer.

It features the iconic POLO Bear wearing one of the official Ryder Cup outfits, lining up a putt to win a point for Team USA.

Naturally, this won't be worn on the course at Whistling Straits but we still love him nonetheless.