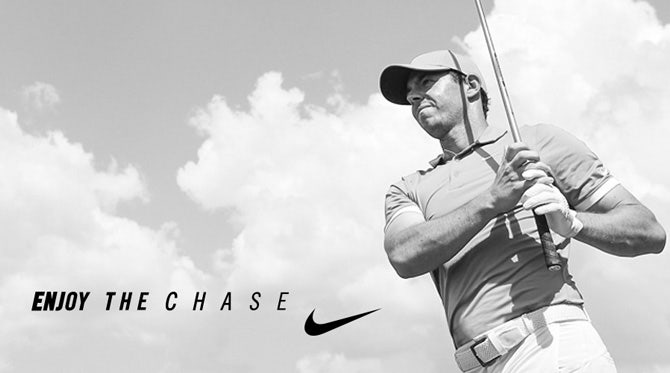 Rory McIlroy won the Tour Championship in emphatic fashion and subsequently won the lucrative FedExCup to end the 2016 PGA Tour season on a high.

A celebration for the ages. pic.twitter.com/gqUQOPOmHi

It was an epic finale which had viewers gripped until the very last moment. Rory McIlroy entered the Tour Championship knowing that even an outright victory might not be enough to win the overall FedExCup and the lucrative $10million prize which comes with the title. To win that, he would need Dustin Johnson to slip up and finish somewhere other than second place. A good chance, you may think, but DJ had been looking strong in the weeks prior to the event and was a red hot favourite to win an event with just 29 other competitors.

Even by Sunday, the feat looked unlikely. DJ was in a tie for the lead and at, one stage, held a three shot advantage over his closest rivals. He was seemingly in control and appeared to have the necessary mental edge over Kevin Chappell - the only other player tied for first with a total of eight under but without a PGA Tour win in his eight years as a professional.

While it was never a foregone conclusion - it was certainly a surprise to see Dustin Johnson falter in such dramatic fashion. The birdies which countered his mistakes in previous rounds had dried up and the US Open champion eventually succumbed to a (+3) closing round on Sunday. This was the worst of the entire field and threw open the door for a new Tour Championship victor and, potentially, a new FedExCup champion.

Ryder Cup Wildcard hopefuls Ryan Moore and Kevin Chappell knew that a win would likely see them on the plane to Hazeltine and were trading blows down the back nine - so much so that they almost forgot about McIlroy up behind them. He was three shots behind with three holes to play - but McIlroy seemingly has this extra gear which is available at such moments. He holed out for an eagle on 16, followed this with a birdie on 18 and subsequently earned a play off spot in the most spectacular fashion. Four intense play-off holes later and Rory emerged victorious for the 13th time on the PGA Tour - appropriately earning just below $13million in the process.

The Rory McIlroy Tour Championship victory should come as no surprise. He amassed 20 birdies through the week and topped the stats for stokes gained off the tee, whilst he also finished third in terms of average driving distance. That also included an adrenaline fuelled launch which rolled a mere 357 yards down the middle of the fairway and when you have that kind of game in your locker, very few will be able to come close to beating you in match play golf.

Rory McIlroy ultimately ousted his American opponents by channelling the same kind of mentality which saw him win the Deutsche Bank Championship earlier this month and which also saw him clinch his home Irish Open this year. Fearless golf with exceptional ability from tee-to-green offered one of the most exciting ends to any golf tournament on the PGA Tour this year and, when it really mattered most, McIlroy came up trumps against two of the most in-form golfers in the USA.

Just as well he'll be on on our side at Hazeltine, then.

"It's not a hole-out eagle like he did a while ago, but it's got a birdie chance."#QuickHits https://t.co/4VWlUJF7KR

The fans have spoken.

This shot by @McIlroyRory has been voted the European Tour Shot of the Month for May.https://t.co/zlazpejlfm