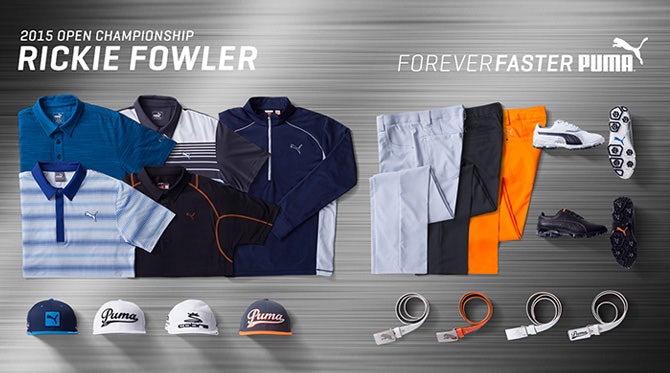 Rickie Fowler will join the world's elite and embark upon St. Andrews to compete in the 144th Open Championship. Here are the Puma golf scripts he is set to wear throughout the week.

For the first day of the Open Championship at St Andrews, Rickie Fowler will wear a US-only style of Puma golf shirt to the frustrations of Puma fans across the UK and Europe. The essential popover from SS15 may make an appearance if the weather is unfavourable, whilst six pocket golf trousers and the Titan Tour golf shoes will also feature. It's a sharp look, nonetheless.

Saturday at St. Andrews should see a return of the white trousers and this time matched with the GT Check Stripe golf shirt, a look which we have already seen Rickie wearing on tour so far this summer. It's a busy graphic shirt which is typical of Puma, but one which really works well in this Della Robbia blue/Sodalite navy colour combination.

And Championship Sunday - the one we've all been talking about. Puma have launched two special edition products with Rickie Fowler set to wear an incredibly sharp black/orange combination. The Titan Tour 'KING' golf shoes play on a traditional Puma shoe name and feature an all black design with orange stitch detail - a design which also inspires the Titan Tour golf shirt which Rickie is set to wear. These two particular products are only available in very limited numbers and we expect them to fly - even more so if Rickie is in contention come Sunday at the Open Championship. 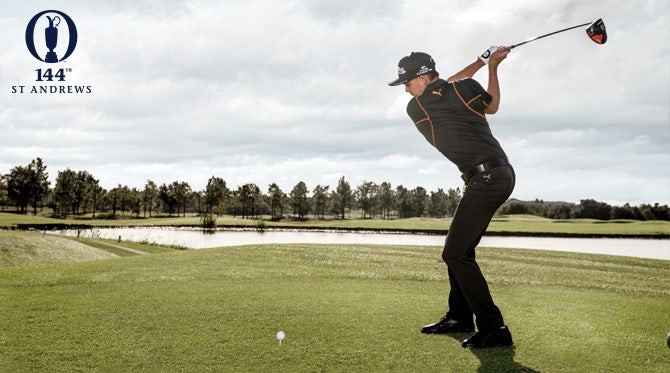