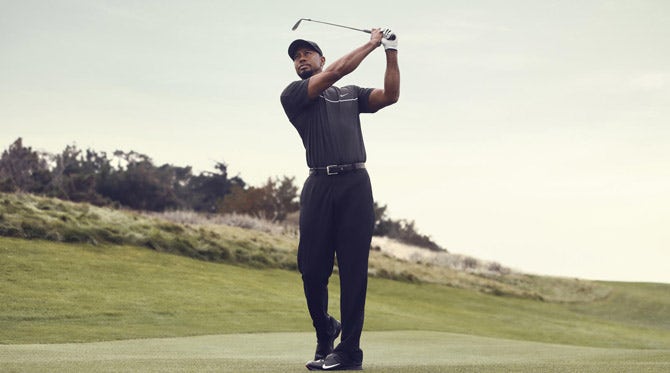 We delve deeper into the all new Nike TW17 golf shoe after it officially debuted at the Hero World Challenge for the long awaited return of TW himself, Tiger Woods.

The hype is real, the excitement palpable. Tiger Woods has finally returned to action at the Hero World Challenge and the golfing viewership has gone into a overdrive. The often proclaimed GOAT is back, and that same GOAT is wearing some fresh new kicks.

Well, they are kind of new. "New" as in...6-months-old new. We saw TW wearing some alien footwear back in the summer and then again throughout the entire Ryder Cup in his role as Vice-Captain. The speculation was rife and, for once, the speculation was absolutely correct. They were indeed the Nike TW17 golf shoes and they will make their official debut in the Bahamas today, perfectly timed for Tiger's return to the PGA Tour. 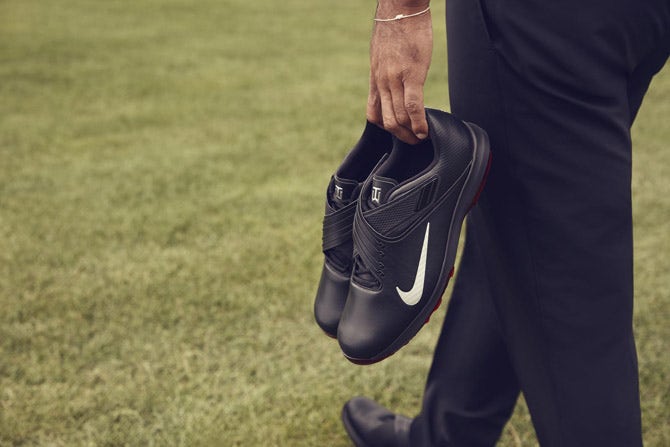 But let's address the elephant in the room, shall we?

The Nike TW17 shoe features a rather prominent double Velcro strap - the inevitable focal point for so much of the debate already. Some people love it, others hate it. Our team here at Golfposer were also split initially. Soon after, however, our team were lucky enough to get our hands on the finished product and the balance of opinion began to shift.

Funnily enough, the double strap is not just there for an aesthetic purpose. It successfully provides a super locked-down feel and a fit which is superior to any other TW shoe which has gone before. Nike tell us that the strapping system was "designed to help keep him secure through his swing and a full day of golf" and this is precisely what the strap does remarkably well. 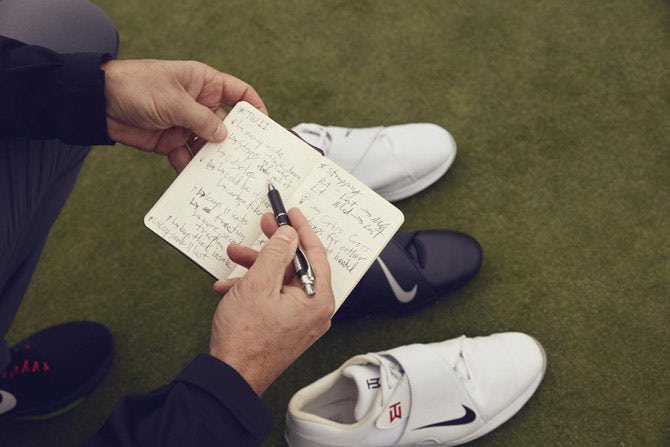 Interestingly, Nike swerved the opportunity to unveil any real technical detail within their press release this week. The focus was more on the story of the shoe's development and the close collaboration between TW and the Nike designers - which is nice to hear but equally leaves the fans wanting to know more.

What we can tell you is that there are no holds barred with the TW17 shoe. Nike have thrown all of their expertise and experience into this one and none of it is excessive. Tiger Woods needed something different and needed Nike to step up and deliver a next generation golf shoe which was catered to his transformed swing. Inevitably, they succeeded.

“Nike really got in the zone with me. I knew Tobie (Hatfield) and I were on to something special back when I tried on the first prototype," states Tiger. "I feel supreme support from this shoe which leads to the utmost confidence when I step onto the course." 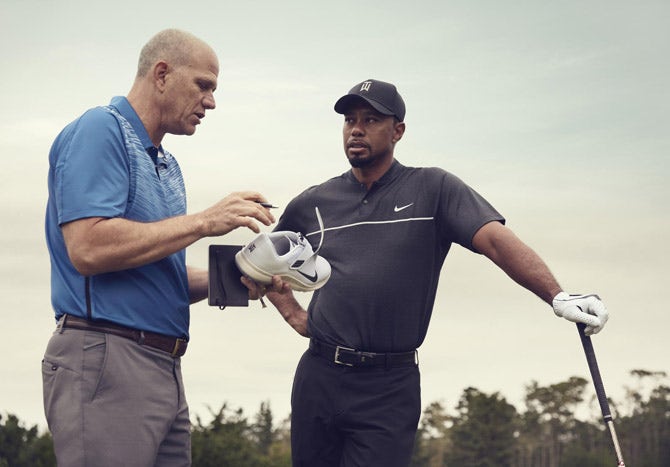 This shoe is definitely a grower. Velcro is making something of a comeback and the TW17 might just be the trigger for the trend to return to the links with aplomb. Once more golfers get the chance to test the Nike TW17 shoe for themselves, then you'll certainly be seeing more of this Velcro strap walking beside you on the fairways.

Rest assured, the TW17 has been thoroughly put through its paces. It has been tested extensively by TW himself and (if history is anything to go by) then he must truly believe that the shoe performs well. You may recall the ill-fated TW15 shoe and the disbelief that Tiger Woods would choose a much older TW11 model for his appearance at the 2015 Masters. That move prompted everyone to question the credibility of that particular style and sales suffered because of it. If anything, it simply confirmed that anything Tiger says, goes - regardless of how many new TW branded shoes are boxed up and ready to sell.