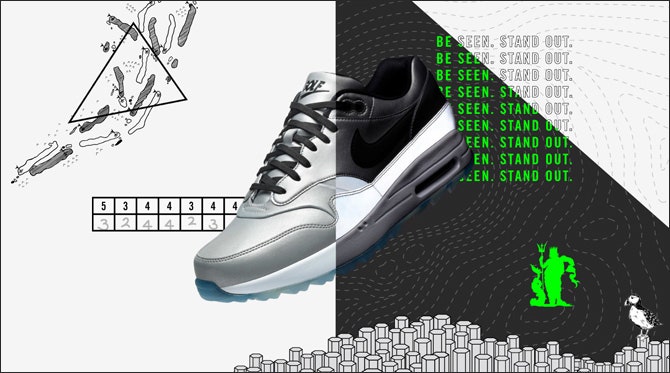 Introducing the next NRG lineup of major championship footwear styles which come from the Nike Reflectivity Pack ahead of the Open Championship 2019.

The final major of the season begins later this week and we are excited to reveal the next limited edition pack of footwear from Nike Golf - soon to drop online at Golfposer.

The Nike Reflectivity pack has been curated with the mantra "Be Seen, Stand Out" - helping Nike athletes to inject a little bit of progressive styling into their game once again this major week.

This time around, Nike will drop just two silhouettes - both of which make use of a metallic upper with a reflective finish. We simply love the ultra modern look which the metallic silver finish provides, offsetting the white midsole and the black accent details just perfectly.

A final nod to the location of The Open is featured within the outsole, showcasing the word "ROYAL" in a similar fashion to those special edition Nike shoes which were worn throughout the same event last year. 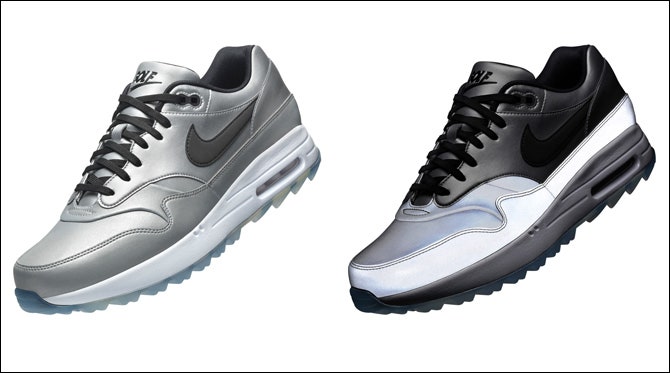 The Nike Air Max 1 G offers a spikeless option with the iconic heel bubble for ultra responsive cushioning and pure comfort throughout your round as worn on tour by Jason Day & Tony Finau. These golf shoes could also be worn off the course with absolute ease, helping to make this style one of the most popular golf shoe silhouettes of the year so far.

Meanwhile the Nike Roshe G Tour golf shoe features a seven-cleat outsole with a Phylon cushioned midsole, continuing as the style of choice for the likes of Tommy Fleetwood, Francesco Molinari and Justin Rose.

The reflect story also runs through the rest of the Nike Golf collection for Fall 2019, with a handful of polo shirts and a special edition golf cap currently available to purchase online. 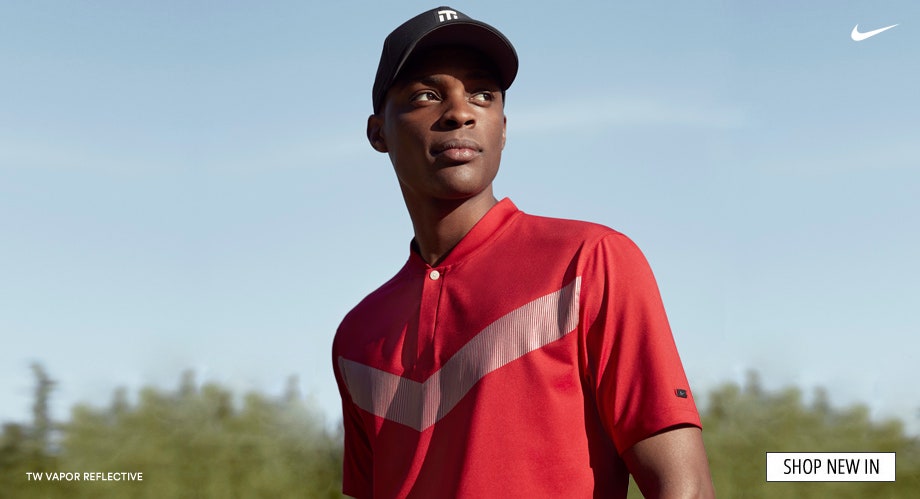 Look out for these apparel styles being worn alongside the NRG footwear styles for the 148th Open Championship which begins this Thursday at Royal Portrush, Northern Ireland.

Both the Air Max 1 G and the Roshe G Tour from the Nike Reflectivity Pack will drop online at Golfposer at 08:00 BST on Thursday 18th July 2019.