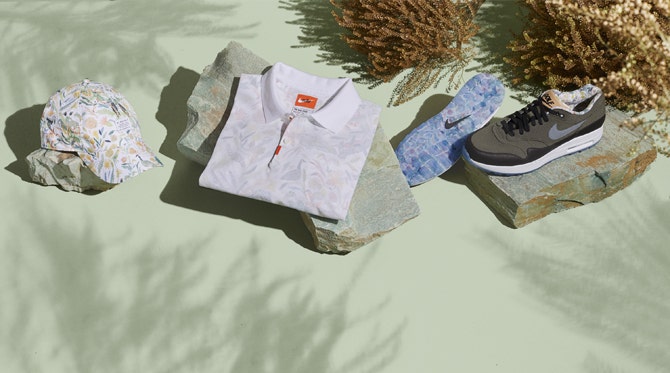 We're excited to introduce the new Nike Enemies of the Course capsule collection for 2019 which includes two of Nike Golf footwear styles for the first time.

We don’t just look for golfers. We find athletes. Welcome to the team, @bkoepka. #EnjoyTheChase Get the full story on Brooks and his new bag at the link in our bio.

In January, Nike Golf announced a shake up to their player roster with the likes of Brooks Koepka & Tony Finau joining an existing stable which was already one of the most impressive in the game. The lineup was young, fresh and exciting - while Nike Golf explained to the world via Instagram: "We don't just look for golfers. We find athletes."

Then the end of March came around and Nike Golf introduced an abundance of new clothing & footwear into the market. Blade collar polo shirts, performance jogger pants & sneaker inspired golf shoes were three big trends which have outlasted many others in the world of golf fashion; proving that Nike Golf were true trailblazers at a time when trailblazing in golf fashion was almost non-existent.

Within those new arrivals came the introduction of a more lifestyle driven "Enemies of the Course" capsule collection. It was centered around an eye catching statement print (more on the origins of that later) - but it was the progressive nature of the styling which garnered the most attention.

Nike wanted to merge the worlds of golf wear and street wear in perfect harmony. Their garments remained technically focused and built to perform, but the traditional "golf uniform" was abolished in favour of a more relaxed, casual look which wouldn't be quite so alien whilst worn away from the course or the clubhouse. And with that, the much heralded "Nike Golf Club" was officially declared open.

When asked about the new direction for the brand, Brooks Koepka said: “Everyone always has this preconceived image of 'golfers'. They've never seen golfers that actually go to the gym, that look the way we do. It's brand new. To be able to bring styles from off the golf course to the golf course, it's actually much more comfortable. Style changes all the time. It's always evolving, just like your golf game."

Adopting that "Nike Golf Club" mantra effectively planted a seed for the wider golf x lifestyle athleisure wear trend which has blossomed ever since, championed by almost every other brand who all want to appeal to the most stylish modern golfers.

From the Court to the Course. @teamswish spent time with @jasondayofficial to see what it takes to win on the @pgatour. #NikeGolfClub

A mere matter of months after that, Nike Golf announced their shock departure from the golf equipment business in favour of a renewed focus on apparel & footwear. It was a controversial decision which turned many heads at the time - but they also won plaudits from many commentators (the team at Golfposer included) because we all knew what that would mean for the wider world of golf fashion.

No longer was golf apparel, nor golf footwear, going to be an afterthought.

Nike Enemies of the Course | The Story

In short, 2016 will go down as the year that Nike Golf seriously upped their style game and the "Enemies of the Course" capsule had a big role to play in that. 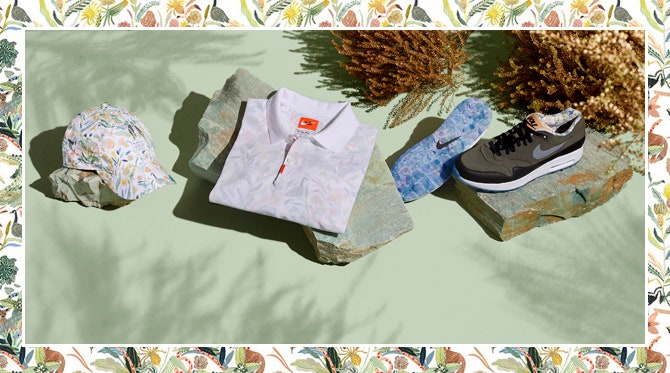 Fast forward to October 2019 and we're excited to reveal that Nike Golf will soon reintroduce the iconic "Enemies of the Course" print across several limited edition NRG styles which will all be available to shop online at Golfposer.

Before the sun rises, before any clubs are removed from their covers, before practice swings are taken and tees are placed in the ground, greenkeepers tirelessly labor to prepare the course for play. When a sprinkler line breaks or a clump of weeds threatens to invade the fairway, they quietly work to ensure the next tee time is uninterrupted.

The Nike Enemies of the Course pack pays homage to the unsung heroes of the game who have to combat with various "enemies" on a daily basis - keeping our golf courses in the best possible condition all year round. More than fifteen natural "enemies" are depicted within the print including snakes, geese, deer, dandelions, single leaf clovers and an alligator for good measure. 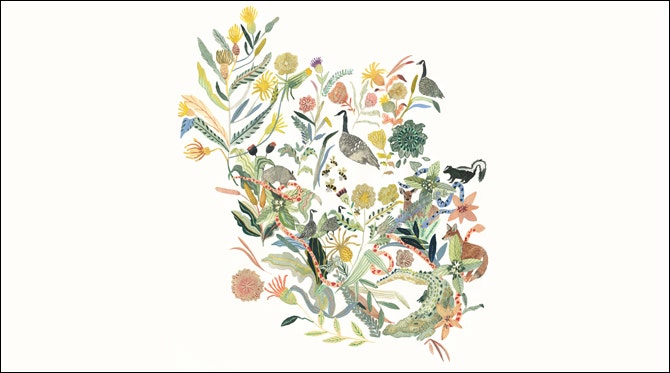 The print's creator, Michelle Morin, said: “My goal was to create a pattern that allowed the viewer to get lost in the detail and that brings your eye in and out of the composition, so with every glance you see something new.”

Aesthetically - the imaginative, humorous and unique print plays right into the hands of two of the most popular golf fashion trends which our style editors have have identified for AW19; statement prints & golf athleisurewear. As such, the Nike Enemies of the Course print is sure to appeal to a modern, stylish golfing demographic once again this season - despite originally being introduced over three and a half years ago.

October 2019 will see the arrival of a brand new, four piece capsule collection which embraces the Enemies of the Course (EOTC) print in all its glory.

One category which was missing from the original Nike Enemies of the Course capsule was golf footwear. This time around, we're pleased to reveal two of our favourite Nike golf shoe silhouettes - the Air Max 1 G & React Vapor 2. In a similar fashion to other limited edition NRG releases this year, both styles will feature the khaki green & black colour combination - each brought to life with the EOTC print detailing.

To go along with the footwear styles, there will also be a limited edition push-through EOTC printed version of "The Nike Polo" in a slim fit silhouette. Finally, the Nike Legacy 91 cap boasts the full colour EOTC print - helping to complete the look with ease and already available to shop online.

The Nike Enemies of the Course capsule collection will drop online at Golfposer later this month. 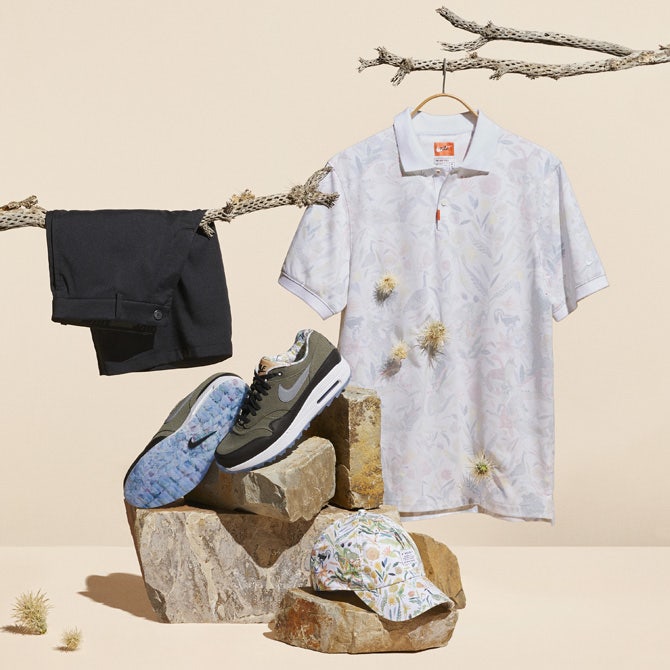 Visit each of the product links featured above to discover more details about each individual item, while you should also stay tuned to the Golfposer social media channels for news of more accurate release information.