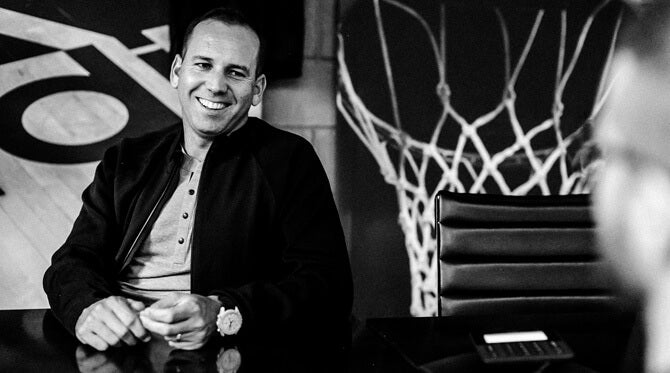 Team Golfposer were invited along to the #sergio20 celebration event at the flagship adidas store on Fifth Avenue, where we sat down with the man himself ahead of the PGA Championship at Bethpage Black. Scroll on below to read our exclusive interview with Sergio Garcia in New York City.

GP: Good afternoon Sergio, my name’s Graeme from Golfposer and we thank you for your valuable time today. Week to week, we love to document what you wear on tour and so we’ve got some questions on style, fashion & footwear lined up for you if you don’t mind? 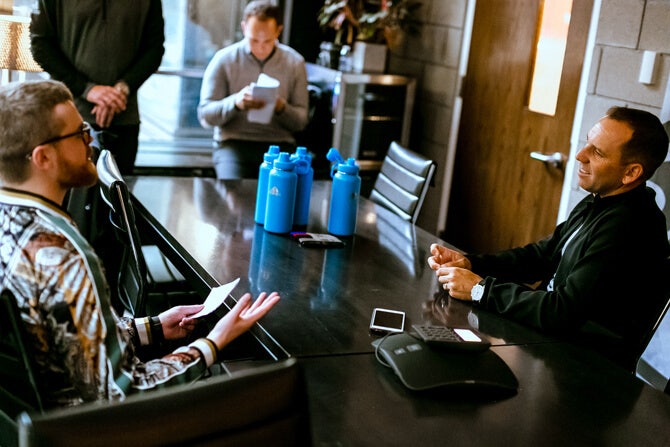 GP: So, you've been wearing adidas for 20 years now and that's a very long time when it comes to sport especially. Your relationship with the brand is hugely impressive and we want to know just how good it is to work with the team at adidas golf?

SG: It's great, it's amazing. 20 years - that just says it all! I think that it has been an amazing experience for me as an athlete and also as a lover of adidas - so it really has been a treat. It's been great to see how adidas has grown as a brand in all that time and how they've developed, pushing themselves to be better and better. You know, they're a huge company but they don't settle. They're all creators here and they just want to keep creating so it's nice to be a part of that group also. 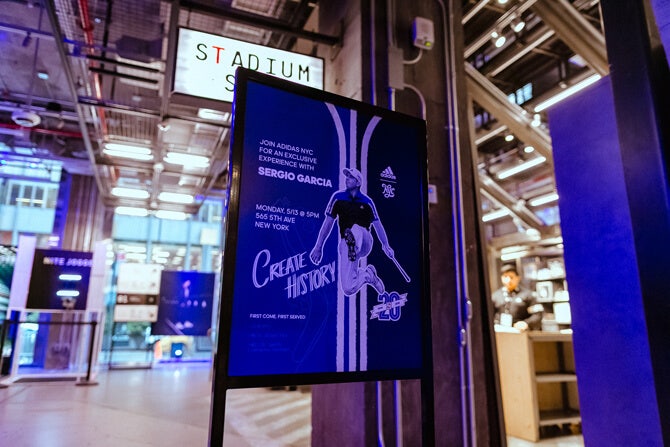 GP: And how early to you get involved when it comes to product development process within adidas?

SG: Usually, they'll come around in the middle part of the year and they'll show us what they have for us for the next year, but they also show us some quick samples for the year after and the year after that too. They obviously ask for feedback; they ask us things like "what do you like about this part specifically" you know? They'll show us some of the new techniques and technologies that they're bringing out across products like the shirts, pants and shoes and stuff like that.

It's really nice to be involved and fortunately, there's not often many things that we turn around and have to say "this isn't really good" - mostly because they have some really quality people who are working on the clothing and footwear behind the scenes. It's definitely nice to be a part of it and feel more involved at such an early stage. 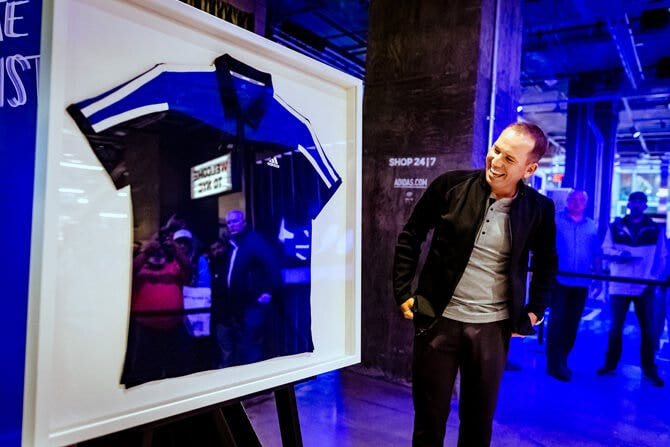 GP: Obviously it’s the start of another major week here in New York - how much do you enjoy being “scripted” for each major tournament? We love the bundled outfit packs which they send you!

SG: Yeah, they're fun! This year even more than ever; they present everything in a box and it all looks really cool. I think it's nice because we work on it as the year goes along, you know so that adidas can sell what they want to sell and we get to wear what we really like. It's nice to be a part of the process and being scripted by the team, then hopefully we can go out there and play amazing so that more and more people can see it in that moment. 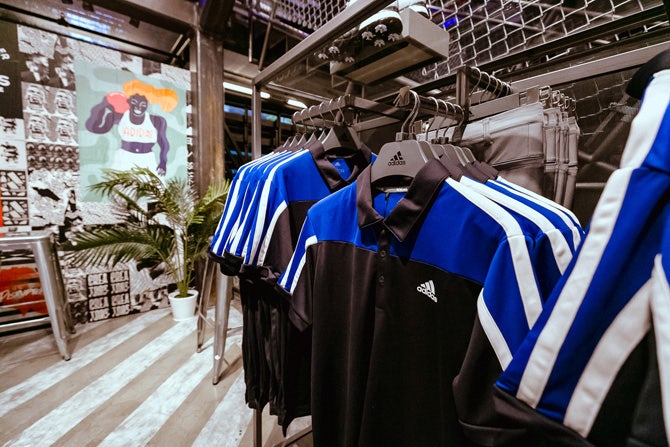 GP: Is there any particular style or outfit that you’ve worn which sticks in your memory because they garnered any kind of increased attention/comments from anyone? Green jackets don't count for this question by the way!

SG: Haha! Well, the beautiful thing about adidas is the little details here and there which help to bring the outfits to life. I loved that bright yellow printed shirt that I wore a few weeks ago - also the green and white outfits which I've been wearing along with a green and white hat for example.

We try to match up the shoe laces with parts of the shirt or the pants so, you know it gives the outfit a little bit of an extra kick. We try to put these little details here and there that people will notice; you know it's not like a massive thing but, when people look more closely, then it will stand out and hopefully catch their eye. It's really cool to do some things like that. 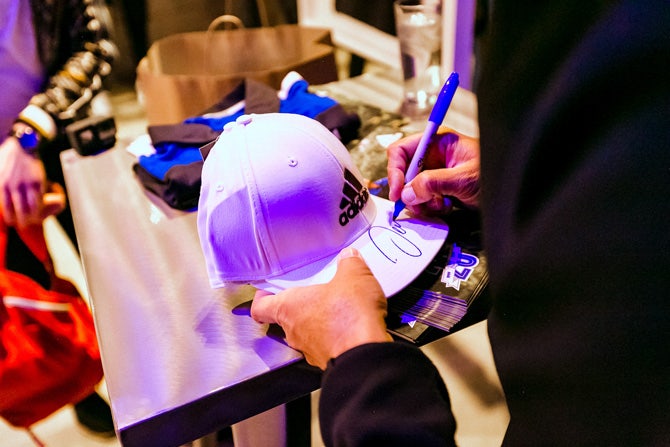 GP: Onto footwear now and we know this might be quite a difficult question but we always love to ask it; can you pick your favourite EVER pair of golf shoes that you’ve worn over the last 20 years?

SG: Great question - fortunately there have been many! Obviously the adidas Tour360 have always been some of my favourites. Also some of the light shoes that they started coming out with around seven or eight years ago, maybe even ten years ago now? The Powerband were very, very comfortable shoes which I loved wearing - I also liked some of knit BOOST shoes from last year. It's so hard to pick just one. There are some other styles which are coming out later this year which also look amazing and comfy so I'm really looking forward to wearing them. 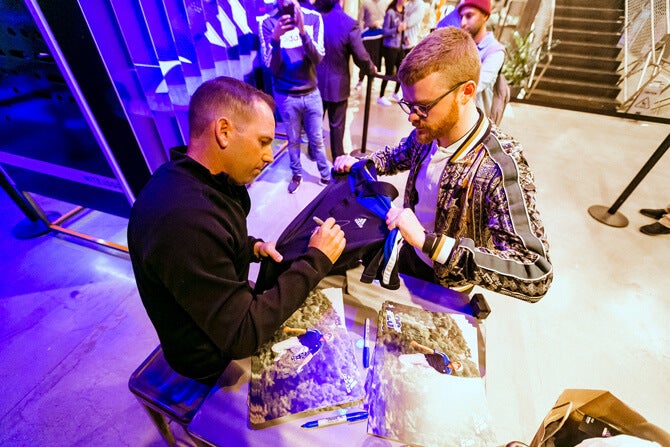 GP: And to round things off, 20 years means 80 major championships - all of which you’ve played in. How do you fancy your chances at the PGA Championship this week? Can we expect any more magic while wearing the #sergio20 polo?!

SG: That would be nice! I'm excited about the tournament and it's exciting to wear that shirt again. Obviously it's a much improved version compared to the one from 1999 but hopefully it will bring me a lot of good game, a bit of good luck and it would be nice to be out there on Sunday with a chance of winning another major! 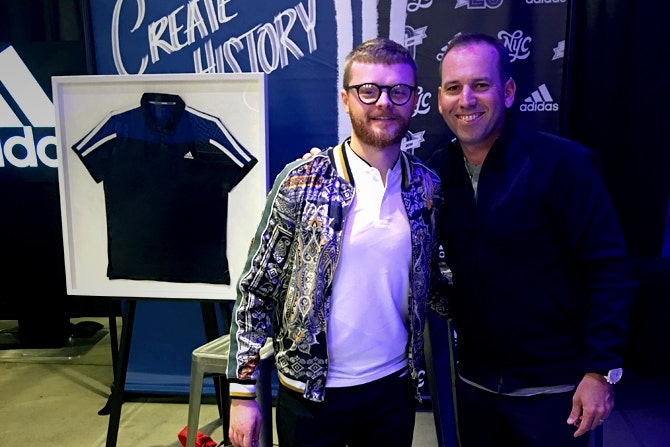 GP: Amazing - we wish you all the best with the tournament & hope to see you up there in contention as well. Thanks again for your time and enjoy the rest of this awesome #sergio20 event!

Read Next: #sergio20 on Fifth Avenue