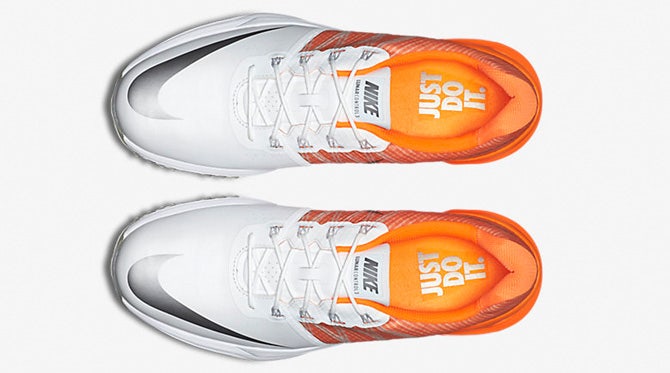 Rory McIlroy is wearing yet another new pair of Lunar Control 3 golf shoes at the FedEx Play-Offs today - but this pair are particularly exciting...

It's the final day of the Deutsche Bank Championship and Rory McIlroy is wearing yet another special edition pair of the Lunar Control 3 golf shoes. Once again tweeted by Nike Golf and posted on Instagram by Rory earlier today, these Nike iD created golf shoes feature a white and orange colour scheme BUT there's a twist. Rory's FedEx shoes feature a swoosh placement which is highly unusual and one which we've not seen before.

The Nike Swoosh has shifted. It's not at the traditional left and right sides of the respective shoes but, instead, located at the top of the forefoot and instep. Unusual, right? We've never seen this before. What could Nike possibly be trying to tell us with this latest marketing stunt at the FedEx Play Offs?

This had us all intrigued and brought out our inner Sherlock to solve the mystery. Rory is wearing these special Lunar Control shoes on day 4 of the Deutsche Bank Championship. And the tournament began on September 4. Rory even looks well on track to finish the week at 4 under par (at the time of writing). He was even born on May 4 too, by the way. So - are you thinking what we're thinking? 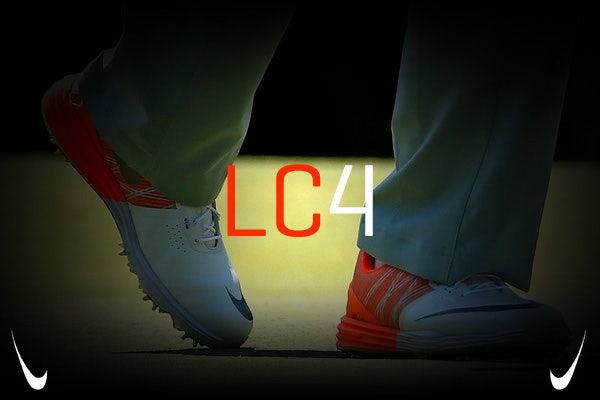 OK, maybe it's not quite as well encrypted and cleverly planned as we might be making out - but speculation about the Nike Lunar Control 4 golf shoes is still rife on social media. As if Nike would have it any other way...