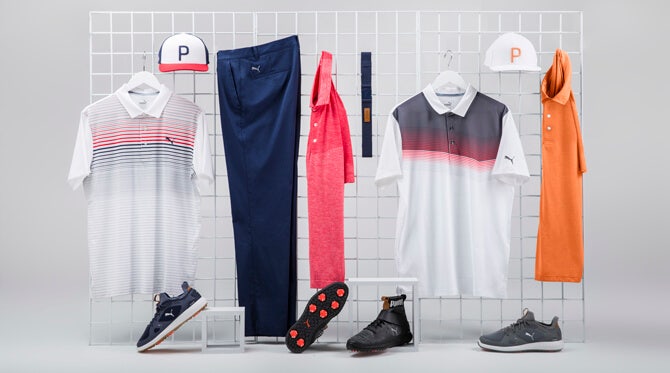 PUMA Golf have now revealed the Rickie Fowler US Open Scripts for Shinnecock Hills 2018. Scroll on below to view the break down of Rickie's four outfits featuring some seriously fresh PUMA looks.

Rickie Fowler will head into the US Open 2018 on the crest of a wave having just announced on Instagram that he & long term girlfriend Allison Stokke are now engaged. Matters on the golf course have been quite rosy for Rickie Fowler so far this year, too; a solo second place finish at the Masters being most notable among several other strong finishes. 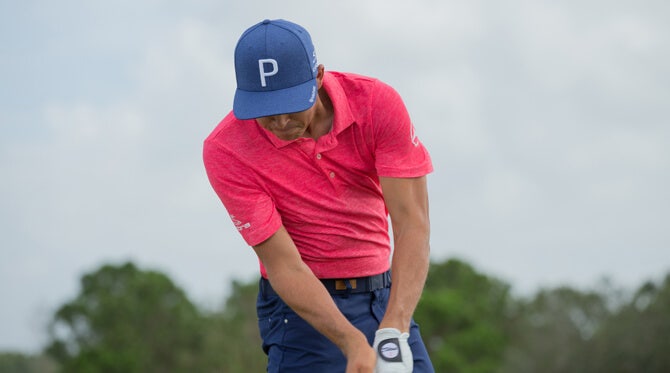 Rickie Fowler will also be looking rather rosy on the golf course at Shinnecock Hills this week. On two days of the US Open, Rickie has been scripted to wear "Paradise Pink" from PUMA - a fresh new colour way which recently dropped online at Golfposer.

A variety of popular polo shirt styles will feature, while some brand new PUMA accessories will also be showcased. Scroll down the page to view the exact details of what Rickie Fowler will be wearing for the second major championship of 2018.

Thursday's US Open first round will see Rickie Fowler & PUMA Golf paying homage to the colours of the US Flag - red, white & navy blue. 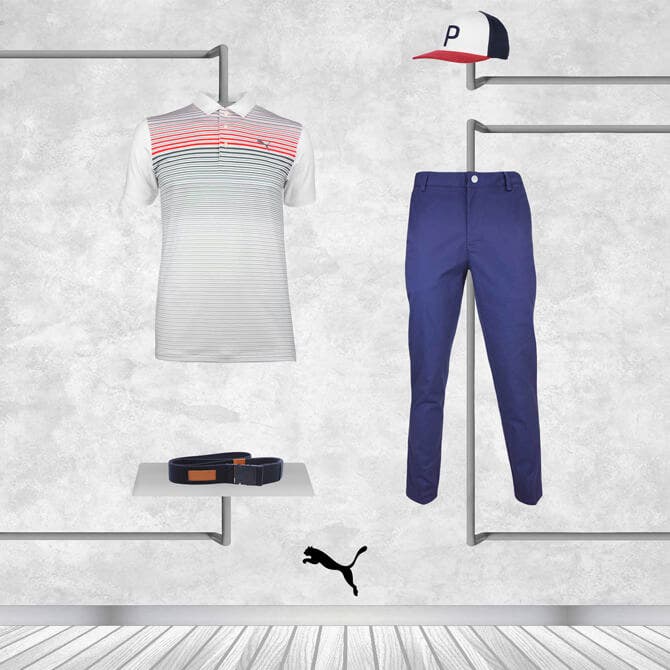 One of the key elements of this first round outfit will be the all new P Logo snapback cap - here finished in a tri-colour combination for the first time. One of the most popular accessories to have ever come from PUMA, the P logo caps have seen a variety of special editions selling out in double-quick time and we have no doubt that this USA inspired version will prove just as popular online this week.

Rickie Fowler will be wearing one of our favourite polo shirt styles on Friday at the US Open - the EVOKNIT seamless in Paradise Pink. 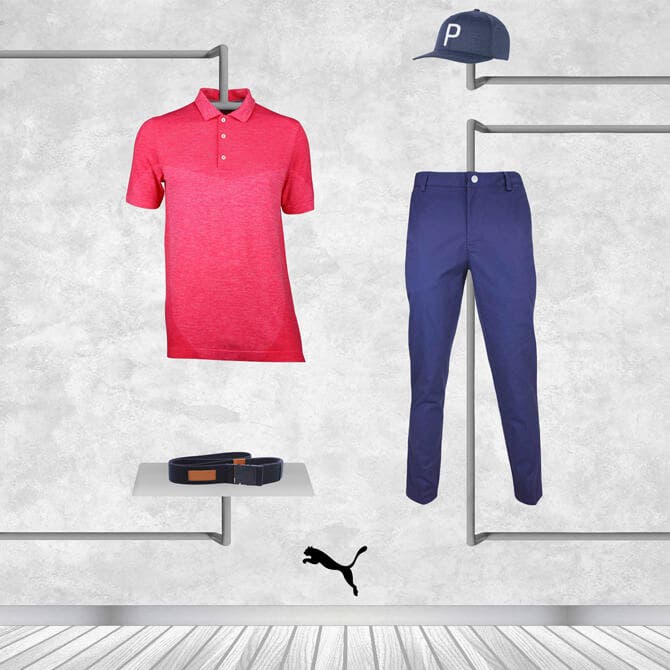 This bright pink colour way is one of the most on-trend colours of the SS18 season and Rickie will pair this up with "peacoat" navy for an effortless look. Our style editors also highlighted this particular combination as one of the season's best earlier this year, offering a timeless yet very modern look for Summer.

Paradise pink will feature once again on Saturday at the US Open, this time in the form of the Road Map polo shirt. 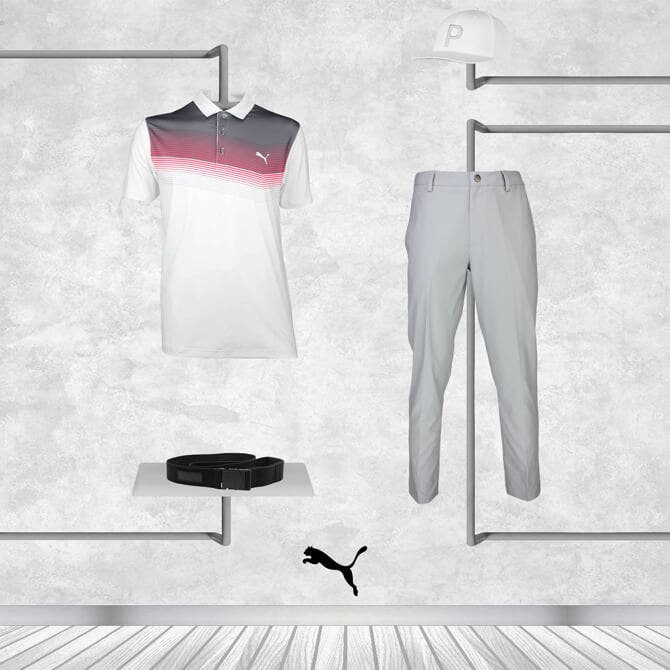 This white, grey and pink colour combination has been paired up with quarry grey pants for a sharp and stylish look - while the white/quarry P Snapback cap is also due to feature. Rickie will complete his third round look with the Ultralite stretch belt - another great value and stylish accessory from PUMA for 2018.

"Vibrant Orange" is Rickie's traditional Sunday colour and the final round at the US Open will be no different this year. 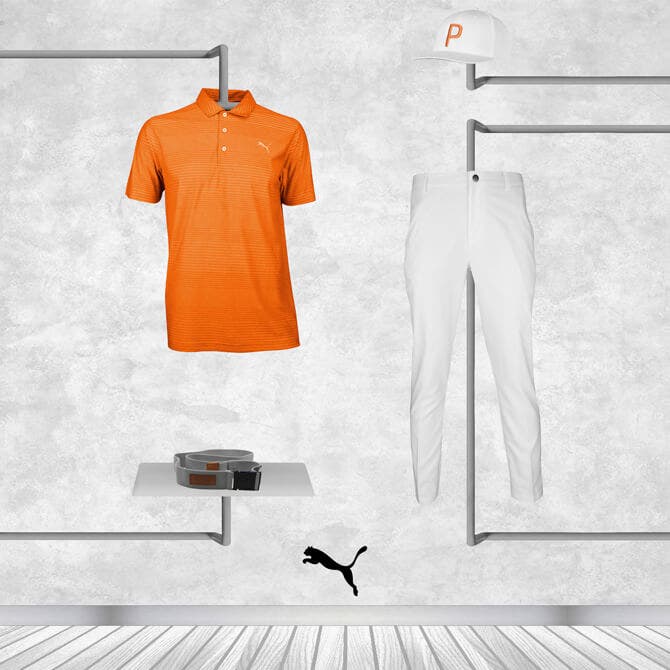 The "Aston" polo will be the shirt of choice for Championship Sunday, easily matching up with a pair of Tailored Tech pants in white. The white/orange P snapback cap is currently unavailable online at Golfposer - though you should keep an eye out for the return of the "P for Paradise" special edition caps returning to stock later in the year for the same aesthetic...just with some pineapples included instead.

Rickie Fowler has been drawn to play alongside Hideki Matsuyama and Marc Leishman for rounds one and two at the US Open 2018. Can the PUMA athlete break his major duck at Shinnecock Hills? Only time will tell.