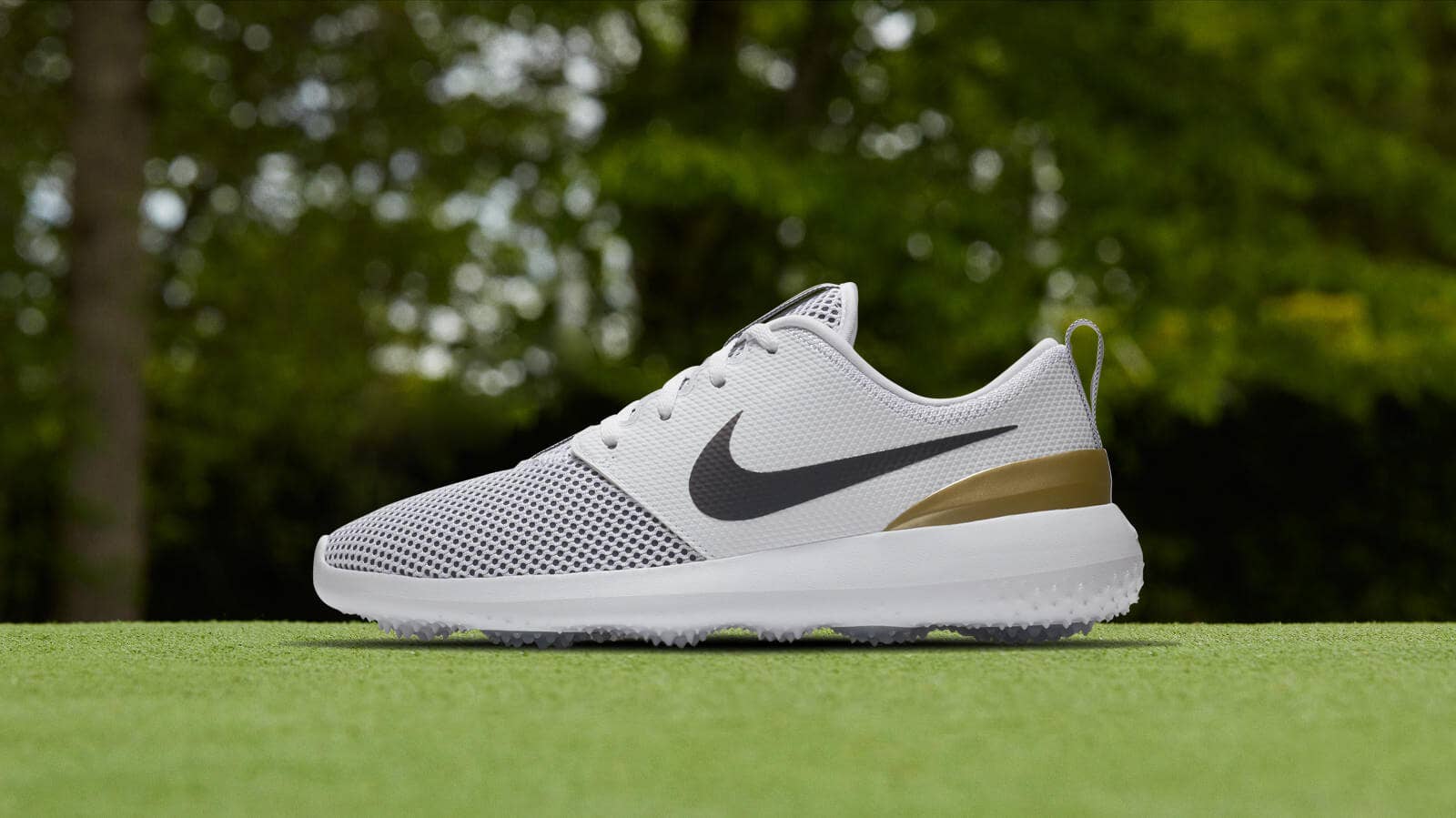 Nike Golf have revealed a limited edition pack of footwear which will be worn by their athletes during THE PLAYERS Championship 2018. Scroll on below to discover the Nike Golf Metallic footwear styles including Lunar Control Vapor 2 & Roshe G shoe silhouettes.

Nike Golf have become accustomed to huge footwear drops and this latest "Metallic Pack" for The Players Championship features two of our favourite looking golf shoes to date.

Both of these particular silhouettes have been two of the best received Nike Golf shoe styles in memory, each equally impressive in their own right. You can read so much more about these flagship Nike styles below, with additional information on THE PLAYERS further down the page.

The Lunar Control Vapor 2 golf shoes look super clean and modern in almost every colour - but we particularly love the iridescent finish on this Metallic special edition style. 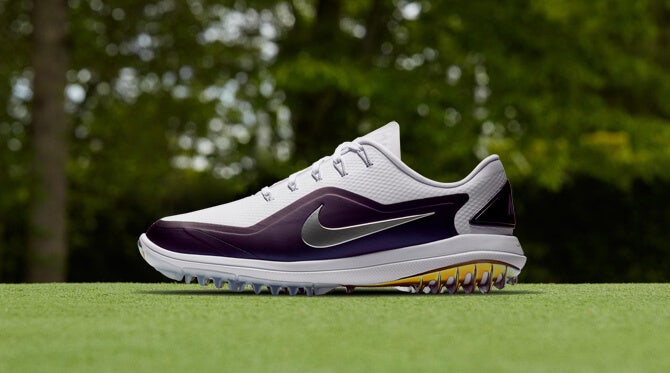 The iridescent finish means that the contrast sections can appear different in colour, depending on how the light hits the shoe itself. From one direction, it can seem dark blue, but then it can look purple and sometimes even with a hint of green in there for good measure.

If a picture paints a thousand words - then how many must a video be worth? Check out our Instagram video posted above (click through to the right three times) - and be sure to give us a follow, too!

The Nike Roshe golf shoes have been a revelation in golf footwear this season. We have previously dubbed them as your "perfect second pair" of golf shoes and, so far, we have been proven 100% correct with that bold statement. 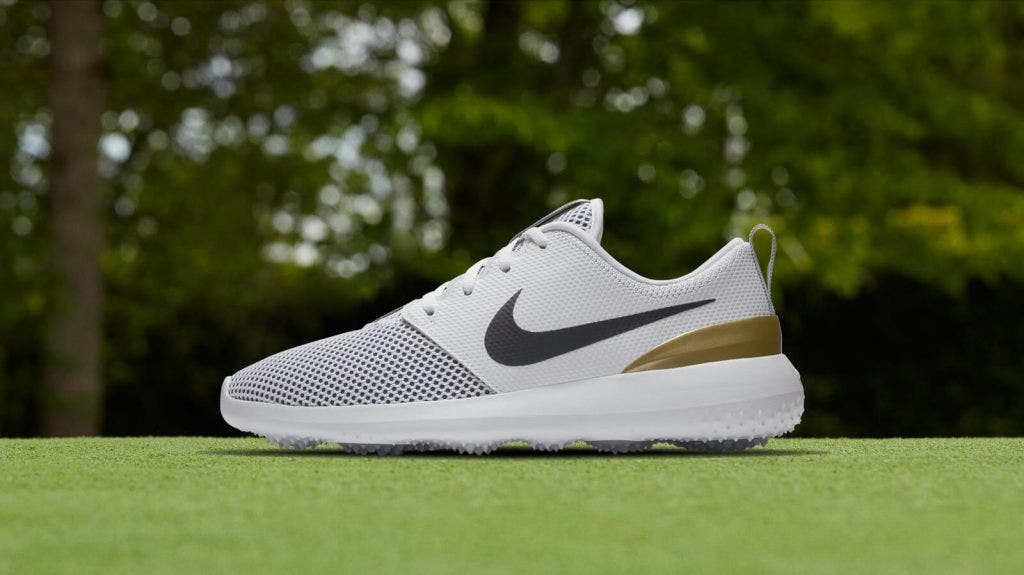 The lightweight and flexible upper is akin to that of the Roshe Sneaker, blending perfectly with a pressure mapped outsole to ensure all of the performance benefits are still accounted for. Wear them on the street, to the range or out on the course when the fair weather arrives; the Nike Roshe golf shoes are so incredibly versatile and provide excellent value for money, too.

Out of all of the available colours, this particular Metallic edition is probably our favourite yet. It consists of a white upper finished with a "Thunder Blue" underlay & "Thunder Blue" Swoosh for an iconic look, while the Metallic Gold heel counter offers the perfect final touch.

TPC Sawgrass provides an absolutely stunning backdrop for what we all perceive to be the "fifth major" of the golfing world. It promises to be an exciting tournament with some of the very best golfers in the world competing in the field, while the likes of Rory McIlroy & Jason Day are both well in form heading into the event. 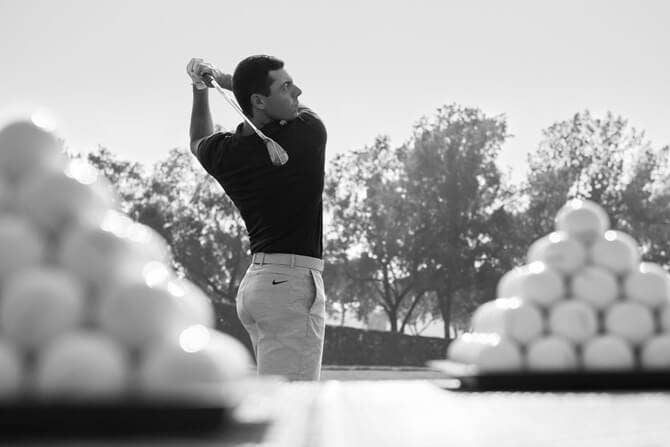 As we saw with the Nike "Magnolia Pack" which was released for the Masters, we fully anticipate many of the top Nike Golf athletes to be scripted in these Metallic footwear styles at THE PLAYERS Championship this week.

Defending champion Si Woo Kim is also a Nike footwear ambassador who might well be wearing the Metallic shoe styles this week.

You can now buy both styles of the Nike Golf Metallic pack online at Golfposer. The Metallic Lunar Control Vapor 2 come in at £129.00 - while the Metallic Roshe G are available for the outstanding price of £57.95.

This white/thunder blue/metallic gold colour combination looks so incredible in the Roshe G that sizes were selling out within minutes of their release this morning. Some selected sizes might still be available, but we would definitely suggest checking as early as possible to avoid disappointment.