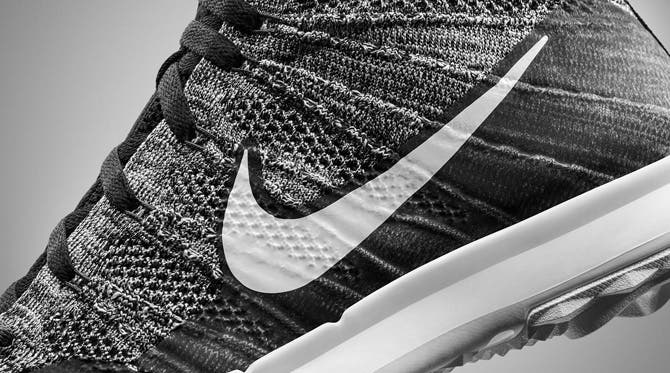 A closer look at the Nike Flyknit Chukka Golf shoes - soon to be available for purchase online at Golfposer in 2016. 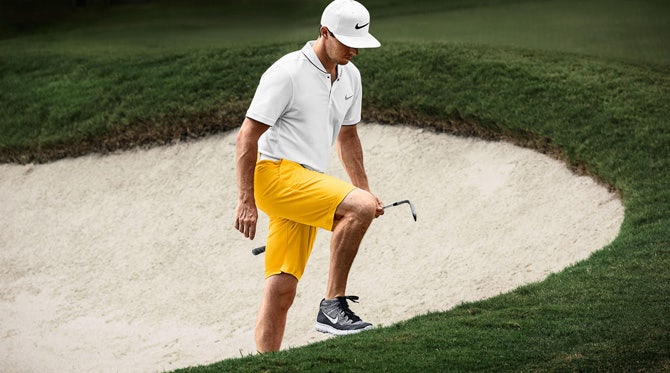 Nike are one of the most innovative brands in the game and a new capsule collection, launched last night, showcased a new direction for the brand - effortlessly merging lifestyle and streetwear inspired designs with their golf clothing. At an exclusive event in Los Angeles, Nike officially confirmed the launch of some exciting new designs with five of their newest stars in attendance: Brooks Koepka, Tony Finau, Jamie Lovemark, Patrick Rodgers and Scott Pinckney. Only a select few industry insiders were invited to the modest launch and the somewhat intimate setting was a unique backdrop for an even more unique capsule collection.

New @nikegolf Blade Polo. Why do you even need a collar? Stays out of the way. All about performance. pic.twitter.com/sdByR89ja9

Warm in the AM, cool later im the day. Weird, I know, but this @nikegolf idea makes sense. Fabric is AWESOME. pic.twitter.com/LHF4BtTLKy — MyGolfSpy (@MyGolfSpy) February 16, 2016

Live-tweeted by some influential bloggers, the launch of the new lifestyle inspired collection was exciting for us all to watch unfold. An interesting "shorts and tights" look for men caught the eye, whilst a unique blade collar (or non-collar) is set to become a key trend of the season - soon to be worn by some of their most iconic athletes on some of the biggest of occasions. A handful of other products are certainly intended to stretch the limits of golf fashion (we'll cover some of these key looks very soon), but last night also saw the introduction of a much anticipated and ground-breaking new footwear style - the Nike Flyknit Chukka golf shoe. 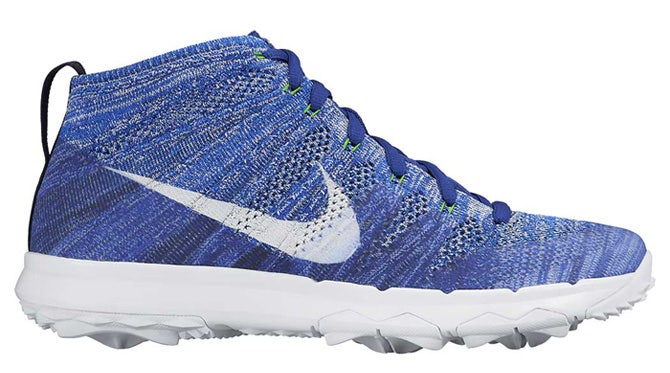 We'd actually known since late last year and even some social commentators picked up on news of their imminent release earlier in 2016 via the teaser video of Nike's new athlete line-up. However, the Nike Flyknit Chukka golf shoe hadn't really been introduced to the masses quite yet - primarily due to the ongoing silence from the brand but it was probably also overshadowed by other tour stars winning tournaments in their own version of high top golf shoes. The masses may not have known about the Nike Flyknit Chukka golf shoe - but the masses most definitely knew about Nike Flyknit technology already.

Even if you have a very limited grasp of sports style, fashion and trends - it's almost impossible to still be unaware of regular Nike Flyknit shoes. Their popularity has increased exponentially in recent years with some of the most stylish men and women now wearing Flyknit shoes in every day life, despite originating as a high-performance sports shoe for runners. The marketing story is quite simply a masterclass from Nike; Flyknit shoes were seen worn on the Olympic podiums in London by many medal-winning athletes and swiftly became some of the most in demand shoes in sportswear.

Fast forward a few months and the lines between sportswear and streetwear were then blurred significantly when the likes of Kanye West donned a pair of Nike Flyknit trainers in front of the paparazzi - thus cementing a trend which was already on the rise in menswear. That very same consumer demand for the Nike Flyknit trainer has now fed into golf footwear and we're excited to feature this latest high top golf shoe on pre-order for delivery next week. 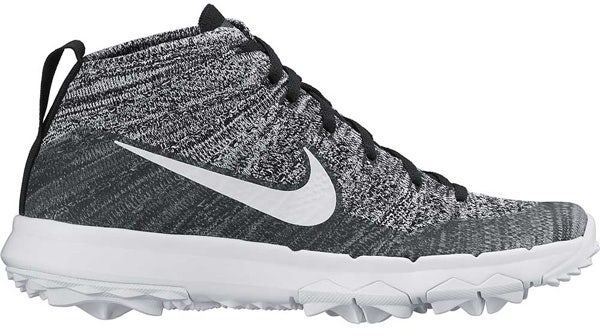 The cutting-edge nature of Nike, as a brand, means that the launch of the Nike Flyknit Chukka golf shoes makes complete sense. The brand are at the top of their game and the more that they launch innovative product lines which push the boundaries of golf wear, the more we will see golf appeal to the younger generations. They're by no means on their own with adopting this new direction, but Nike have certainly just raised the bar with the launch of the Nike Flyknit Chukka golf shoe. It makes us excited and we know many of you will be too.

Modern athletes such as Brooks Koepka and Thorbjorn Olesen are introducing their own unique twist on golf fashion and their brand affiliation simply has to reflect that. We think that Nike Golf have just launched one of the most pioneering, innovative and most exciting capsule collections in golf, probably ever. Golf is changing at a rate we've never seen before and we're proud to be at the forefront of that change, shoulder to shoulder with brands such as Nike Golf.

A HUGE opportunity for a golf company to capture the young golfer. Nike Golf looks like they want to be first in line. — MyGolfSpy (@MyGolfSpy) February 16, 2016 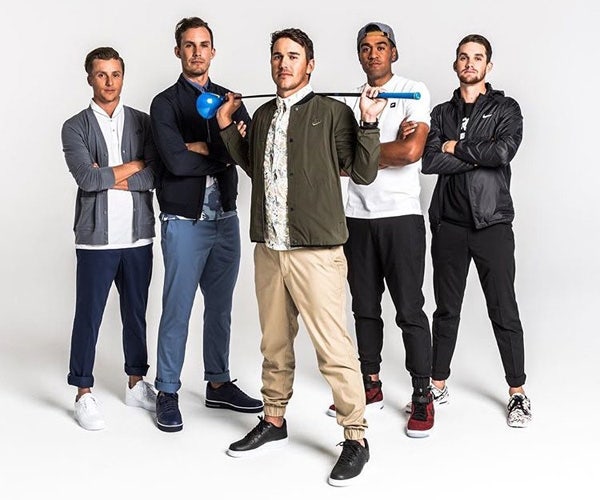 Pre-Order yourself a pair of the Nike Flyknit Chukka Golf Shoes online at Golfposer here.