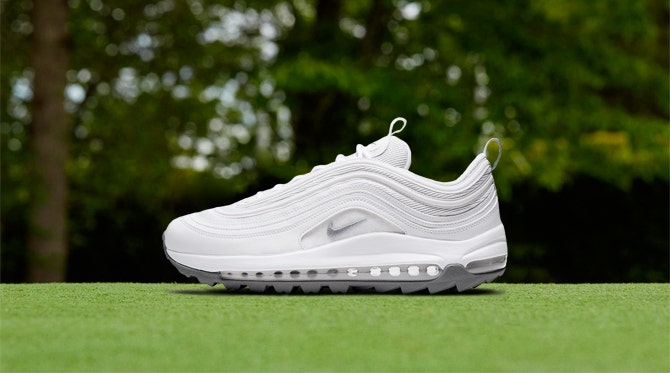 Introducing the next Nike footwear drop which will be coming to the fairways this Summer; the Nike Air Max 97 golf shoes in "Triple White".

We can now confirm that the Nike Air Max 97 G golf shoes in "Triple White" will be dropping online at Golfposer.com in the month of June 2020. 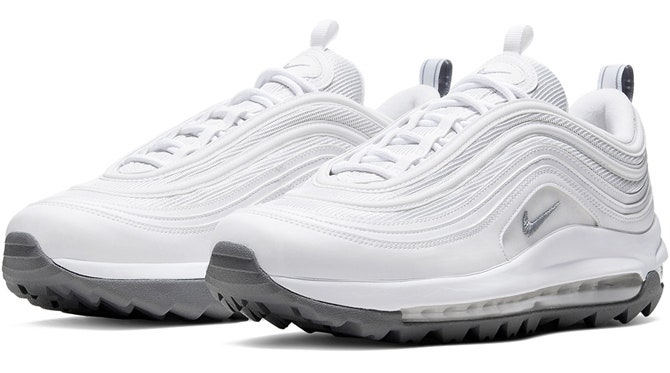 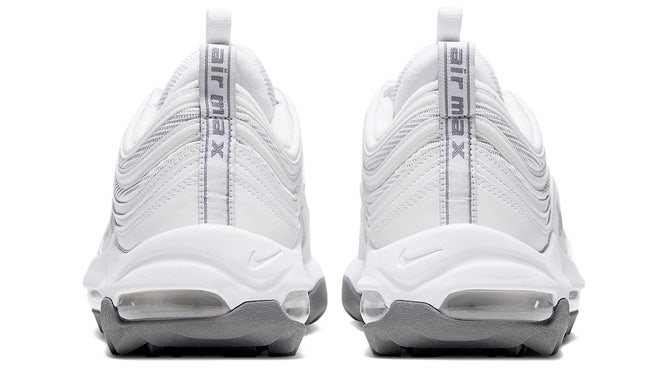 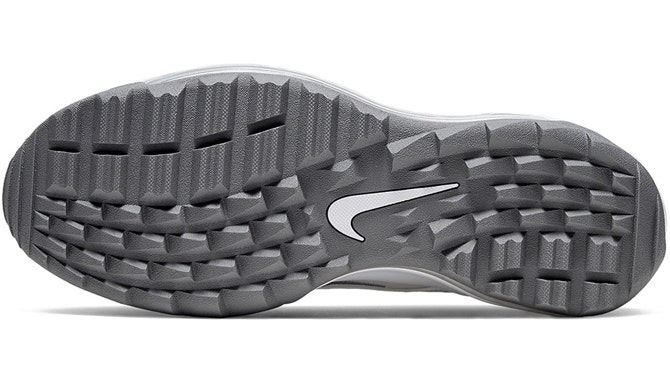 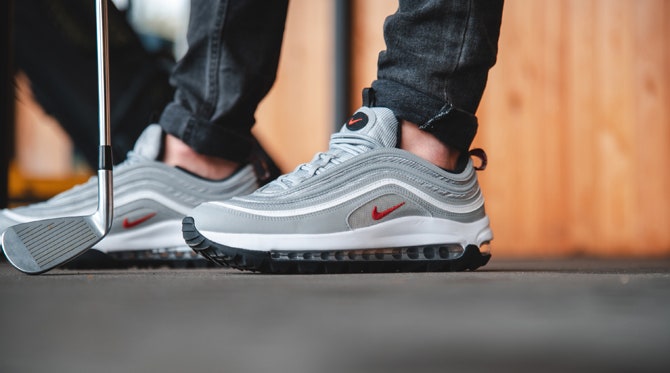 As we all know, Nike Golf have been re-imagining some of their most iconic sneakers into golf footwear styles over the past few years and 2020 will prove to be no different. 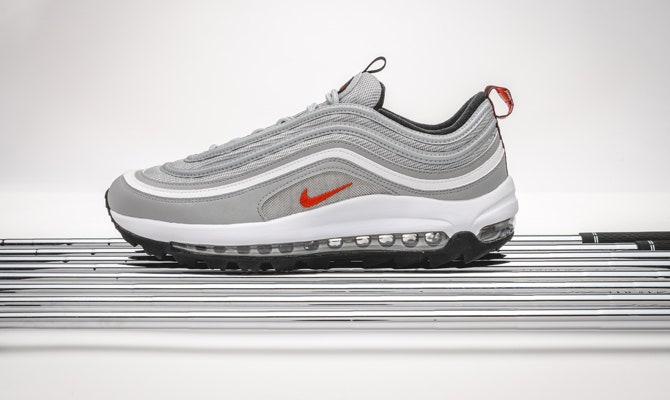 One of this year's hottest drops is sure to be the Nike Air Max 97 G. Even more excitingly, the first colour option will be arguably the most popular of all - affectionately known as the "Silver Bullet". This particular style was first released by the brand back in 1997 with a super hot re-release on its 20th anniversary in 2017; both helping to make it "one of the most iconic sneakers of all time". 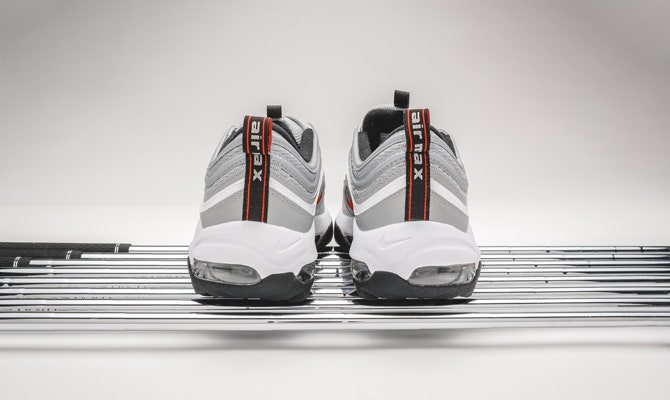 When it was originally brought to market in the late 90's, the Air Max 97 was the first sneaker to feature a full length air cushioning unit; proving to be way ahead of its time. Its futuristic, fluid silver aesthetic was said to be inspired by the high speed Japanese bullet train - hence producing a sleek wavy upper in a stunning metallic silver colour, perfectly finished with the red Swoosh logo on either side. 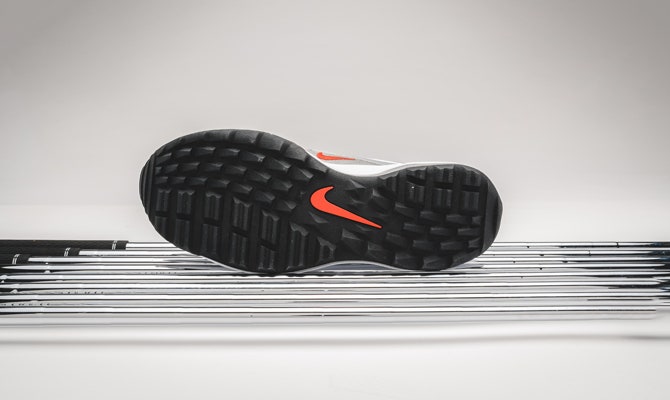 The great news is that Nike Golf have once again remained true to the original aesthetics wherever possible. That means that the upper is relatively untouched with a "true stitch-for-stitch reconstruction" so that you will find the exact same fit and feel throughout the shoe, while the same full length air cushioning also features through the midsole for exceptional walk-in comfort.

The all important "G" element arrives in the form of the proprietary spikeless Nike Golf outsole - helping to adapt this sneaker silhouette into a style which meets the demands of the modern golfer.

Having already proven as a tremendous success on previous styles such as the Air Max 1 G, this tried and tested outsole has been worn by the very top Nike athletes on some of the very biggest occasions - major championships included. 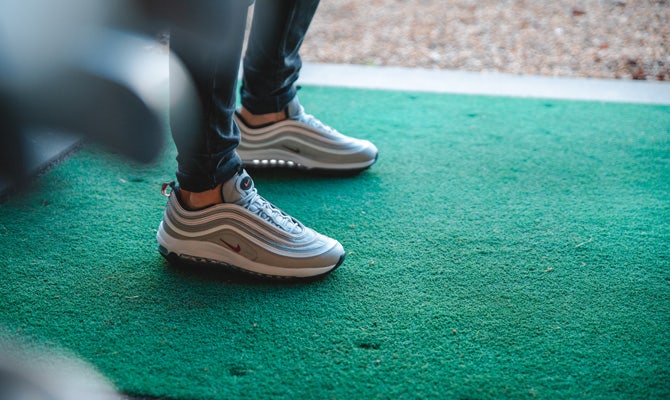 The integrated traction pattern is designed to provide the ultimate grip on grassy terrain, while the soft rubber feel of the outsole means that it can so easily be worn on harder surfaces away from the golf course without feeling like a golf shoe. This is one one of the key selling points when it comes to spikeless golf footwear; you could rock these brand new Nike Air Max 97 golf shoes out on the street and everybody else would be none-the-wiser. 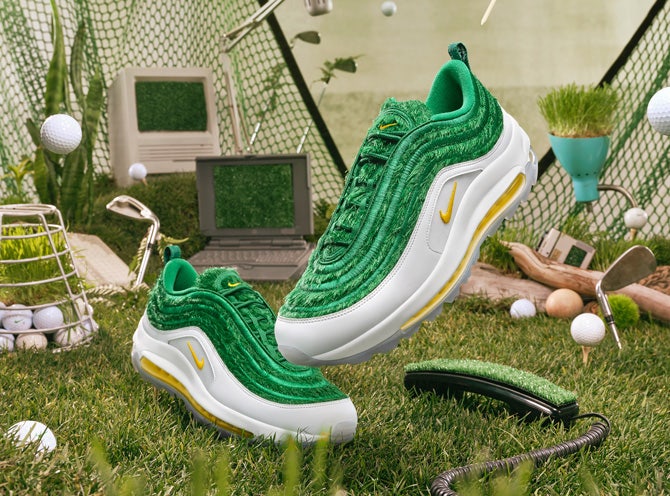 Nike Golf have also now revealed the Air Max 97 NRG golf shoes with a 3D textured green grass turf upper - celebrating the Waste Management Phoenix Open in a similar fashion to last year. These limited edition golf shoes were released in February 2020 and proved to be one of the hottest releases in recent memory.