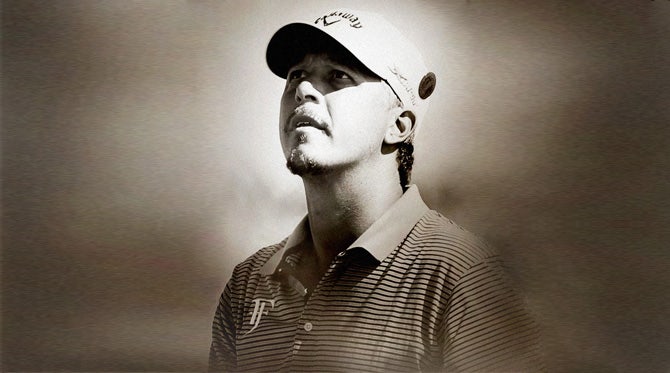 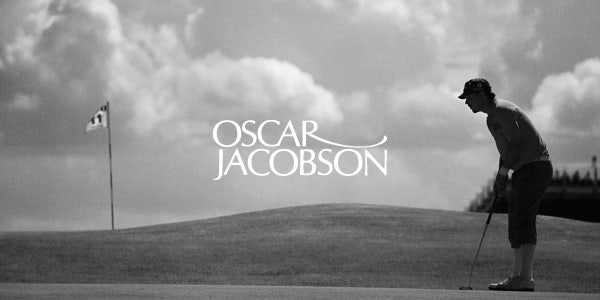 Our editors chose to feature Freddie Jacobson as the key ambassador for Swedish brand Oscar Jacobson and as a result, you may have already read a little about the player via our dedicated Player Bio pages on the new version of our website. But there is so much more to Freddie than meets the eye which simply cannot be paraphrased. We write of his first PGA Tour victory at the Travelers Championship in 2011, his four top 20 major finishes over two seasons and also his love for surfing; but we haven't even mentioned a thing about his entertaining twitter account, his family life or his involvement with @golfbeerbrewing!

Fredrik Jacobson is in fact a PGA Tour record holder. Earlier in 2015, Freddie went for the longest stint without three-putting a single green for an incredible 524 holes - stretching back three months between January-April. The stunning streak eclipsed the previous record held by Luke Donald - set back in 2011 in the same season that he won the PGA Tour Player of the Year and became world number one - but the same fortunes haven't quite resulted from Freddie's faultless putting. His putting stats, according to the PGA Tour's statistics pages, make for impressive reading - now it's just time to get those tee-to-green stats ranking higher!

Freddie's putting averages should be no surprise to us, in truth. According to his own website, Freddie took the initiative, even before reaching his teenage years, in creating a make-shift short game course around his house and eventually a four-hole course in the farmlands nearby. Another influence from his life in Sweden is also coming into effect with his PGA life; Freddie launched GolfBeer Brewing and created his own Scandinavian inspired Blonde beer Freddie's just last year. 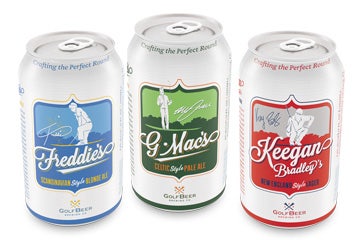 A venture shared with fellow PGA professionals Graeme McDowell and Keegan Bradley, Freddie Jacobson launched GolfBeer Brewing Company under the Freddie Jacobson & Co. venture capital and has enjoyed some great success in their first trading year. It's a novel marketing concept and merges two things many of us know and love most - golf and beer!

Freddie also has a hand in several other companies including his co-owned Tru Table protein-rich salad dressing, Florida Living Realty and, of course, his ongoing endorsement with Swedish menswear label Oscar Jacobson. 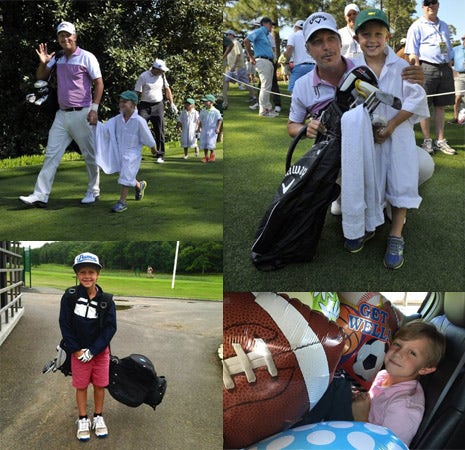 Away from the golf course, Freddie and wife Erika have three children, daughters Alice and Emmie along with youngest Max - their seven year old son. Only this week, during an interview with TC Palm, Freddie revealed that Max had been diagnosed with a heart defect earlier this year and thus explains the reason for Freddie's recent absence from the tour.

"Everybody we talked to told us that we should go through with surgery. We stayed true to our decision," explained Freddie - twice undergoing surgery in his career himself. The procedure went ahead on August 3rd and the great news is that Max is now home with the family, having been treated in Boston and cared for by Nicklaus Children's Hospital - founded by Jack and his wife, Barbara.

Inevitably, Freddie took time away from his participation on the PGA Tour as any father would and he had some kind words to say about the tour and their support: “The Tour has been very supportive. They constantly called to check on Max and see if there were any other connections we needed to make. When something like this happens, the Tour becomes a big family and it’s been phenomenal to see.”

And it would appear young Max is already following in his father's footsteps when it comes to golf - “He’s already started putting. He’s like, ‘When can I take a full swing?’” Maybe one day it will be 'Max Jacobson' topping all of the putting rankings on the PGA Tour! As for Freddie, he plans to return for the season opener Frys.com Open next month - but sometimes there's more to golf than we often make out.